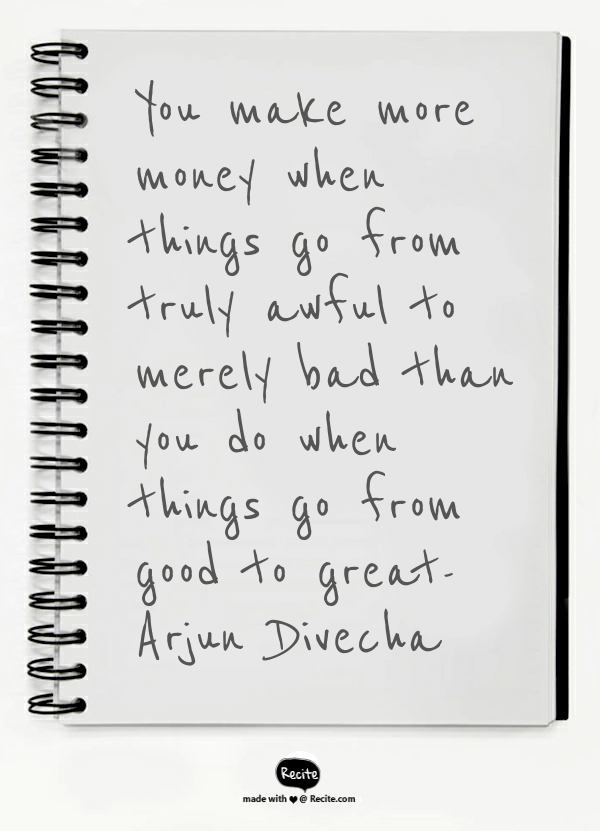 Mr. Grantham heard a pitch for American Raceways, a company that was going to introduce Formula One racing in the U.S. “I got hooked,” he says. “We thought we would make money beyond our dreams.”

Mr. Grantham bought 300 shares for himself at $7 and went on vacation to Germany with his wife. When they came home three weeks later, the stock was at $21. He sold everything else he had, borrowed more money and soon owned 900 shares. Months later, American Raceways hit $100. “I figured I had the golden touch.” Were millions of dollars to come?

But the stock began tumbling. It dropped more each day, torturing Mr. Grantham. Americans weren’t ready to embrace Formula One racing after all.

The stock went down so fast that Mr. Grantham worried he wouldn’t be able to pay back his lenders. He managed to exit the position with just enough money to pay his debt.

THE LESSON: “I realized investing wasn’t a game,” says Mr. Grantham. “I swore off speculation for life. I became a cautious, value investor.” (Meanwhile, as the couple’s net worth soared and then plunged, Mr. Grantham’s wife refrained from pointing the finger at him—another “powerful lesson,” this time in the importance of marrying the right person, he says.)-from WSJ

GMO run by the legendary Jeremy Grantham is one of the largest fund managers in the world.

Their significant holdings in India as on 30 Sept,2014 as per Stock Exchanges is given below:

GMO run by the legendary Jeremy Grantham is a global investment management firm managing around $112 Billion in client assets.

Their significant holdings in India  as on 31 March,2014 as per Stock Exchanges is given below: