In an earlier post, had discussed the consequences of Israel attacking Iran.

In most wars, the biggest beneficiary is the one who has not taken part in the war

For example, the biggest winner in the Korean War and the Vietnam War was Japan as the US military used it as a base for their operations

In the US-Afghanistan war, the biggest monetary winner was Pakistan as the NATO supply lines went thru its territory.

In the Iraq war, the biggest winner was Dubai.No wonder it saw a huge boom during that period.

So if the Iran-Israel war breaks out, the country not taking part in the war will be the biggest beneficiary.In my opinion, that country will be…Saudi Arabia.It will benefit by a weakened Iran and/or a weakened Israel and the best part will be that oil prices will remain elevated.

So its probably time to stock up on some Saudi Arabian Riyals !

I confess I have a soft corner for this company and its stock.

Why is that?Because over the years it has proved to be a tremendous compounding machine.

If an investor had held onto this stock thru thick and thin, over all these years he would have had a compounded return of close to 35% per annum. 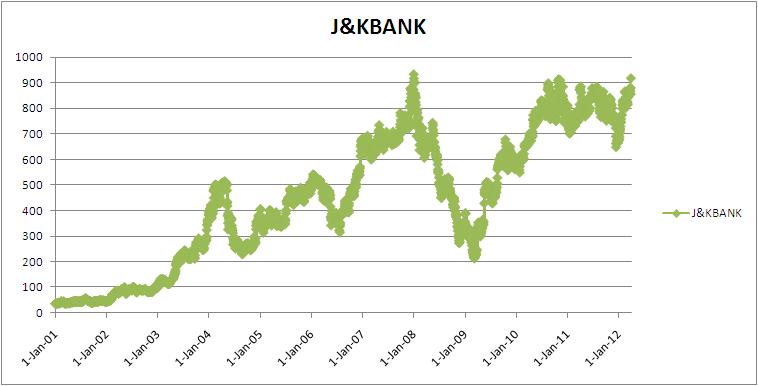 But it well would have been worth it.

Why the gloom is likely to persist (Mint)

Euro was flawed at birth and should break up now (Bloomberg)

Ten most foolish things a trader can do (Newtraderu)

Keynes as an investor (WSJ)

Many times the stocks that make the most money for investors are the ones that nobody expected to do well.