“Gold is money. Everything else is credit.”-JPMorgan’s words to Congress in 1912

“A 15th-century gold bug who’d stored all his wealth in bullion, bequeathed it to his children and required them to do the same would be more than a little miffed when gazing down from his celestial place of rest to see the real wealth of his lineage decline by nearly 90% over the next 500 years.”-Dylan Grice of Societe Generale

“Gold is still going to $2,000 an ounce this year,” said Michael Widmer, an analyst at Bank of America Merrill Lynch in London, who predicts a fourth-quarter average of $1,875. “It’s just going to take a little bit longer to get there.” 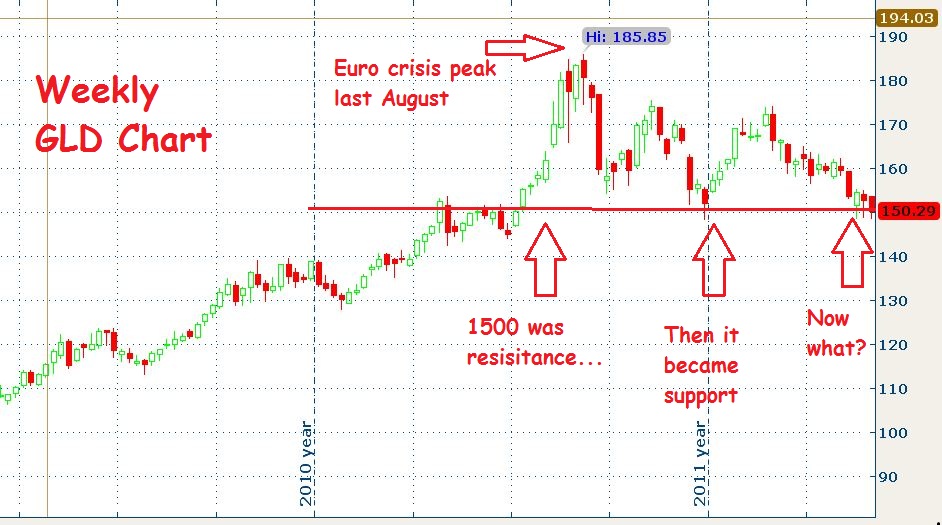 Gold has breached its 1600 $ level causing its fans and investors plenty of heartbreak and losses.

In an interesting article way back Sept, 2011, Bill Bonner argued that:

Markets and lovers always test their admirers. Gold should be giving its fans a test…before moving in the final stage of the bull market.

A test here means a 50% retracement from its peaks…that’s around 1200$ levels.

If such a scenario comes to pass, both Muthoot and Manappuram will be slaughtered further in the markets.
I

A great debate on holding gold