In the year 1978, Janta Party government led by another politician from Gujarat Prime Minister Morarji Desai, had decided to demonitise Rs 1,000, Rs 5,000 and Rs 10,000 notes in a bid to combat corruption and black money.

During that time too, people were as surprised by the decison as they are now with PM Narendra Modi’s move. Prime Minister Narendra Modi on Tuesday announced the scrapping of high denomination currency, with an aim to curb black money.

Usually, high value notes are the basis of any form of corruption and illicit deals related to unaccounted money. According to a TOI report, the difference between that time and now is that in 1978, a Rs 1000 note could buy 5 sq ft of real estate space in south Bombay, but at this moment a Rs 500 note cannot even buy even a hundredth of a square foot in that area.-from FE

This Cartoon by R K Laxman in 1978 explains it all… 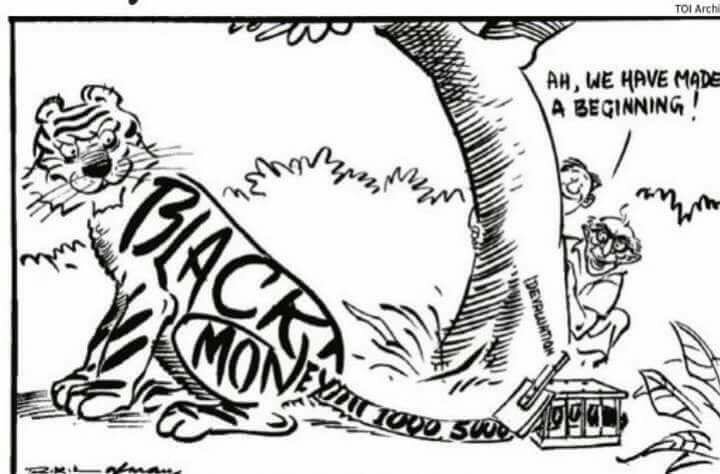