Funny to see charts presented from right to left. 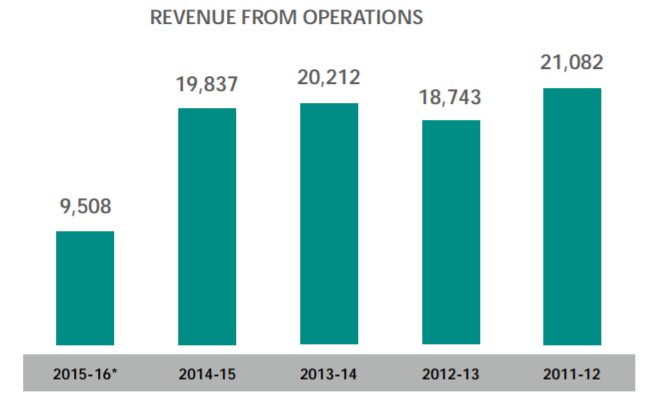 In an earlier post,I had indicated how the departure of the CFO indicated bearish times ahead for Suzlon.

Since then, the stock has tanked by around 20%.

Now, one of their most respected independent directors Ashish Dhawan has resigned from the company effective 25 May, 2012.

In a press release to NSE, Suzlon has mentioned that it is renegotiating with the lenders to extend the maturity date by 45 days.It also expressed “confidence” that it will be able to repay its lenders via new borrowing arrangements.As such, its convertible bonds rallied after hitting a four month low.

Am reminded of an investor conference I attended a long time back.Somebody asked the promoter Mr.Tanti on why he named his company Suzlon.

He answered Suzlon is a combination of two words.

So loans are part of the company’s DNA !!

In an earlier article, we  had mentioned that the CFO resigning is a good sign that bearish times are ahead for the company.

Now the CFO of Suzlon Energy Robin Banerjee has quit on 30th March, 2012. Since then, the stock has lost around 3.7%. In a recent article in ET, analysts have explained their apprehensions of the company defaulting on its FCCB debts-( $360 million in June 2012 and $209 million in October 2012).

Today the company announced that it was divesting its windfarm assets to the tune of 40 Million $. Despite this favorable news, the stock tanked by 1.76%.

When even favorable news can’t lift a battered stock price, it shows that the underlying technicals of the stock are quite weak indeed.

Arrival of Robins normally indicate signs of spring.Departure of this Robin probably indicates winter for the stock!