The owners of India Inc (as per NSE): 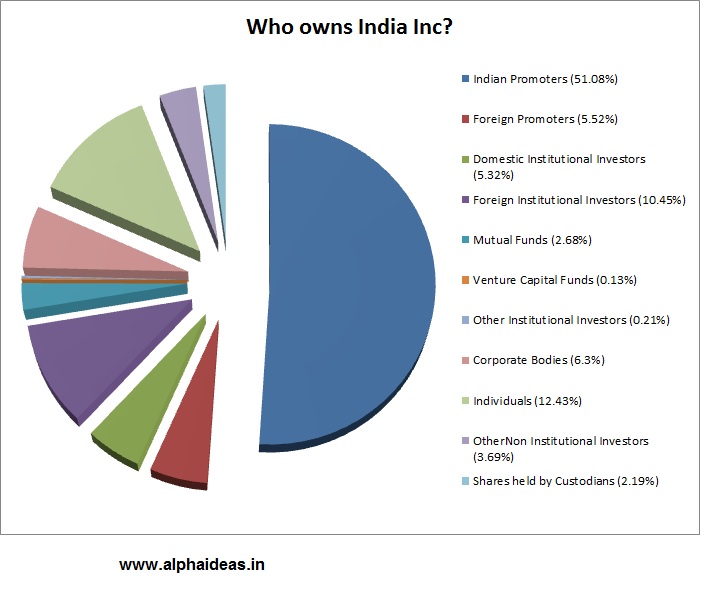 The Market Cap to GDP ratio is used sometimes as an indicator to check the valuations of the markets.

In the Indian context, (using BSE valuations) this ratio really took off  after 2002-03.(source:SEBI) Is this indicator any good?

In 2000, according to statistics at the World Bank the market cap to GDP ratio for the U.S. was 153%. Subsequently, the dot com bubble burst.

However, in 2003, the ratio was around 130%, but the market rally continued over the next few years.( see here)

So maybe it is useful but not completely reliable.
To misquote/change of an old joke of Ben Graham:

“The correct attitude of the investor toward the MarketCap to GDP ratio might well be that of a man toward his wife. He shouldn’t pay too much attention to what the lady says, but he can’t afford to ignore it entirely !!”

The Dept of Economic and Social Affairs, United Nations has prepared a great study on  world urban populations (see here)

Increasing urbanization is a huge mega trend with huge implications for all of us (especially Indians). 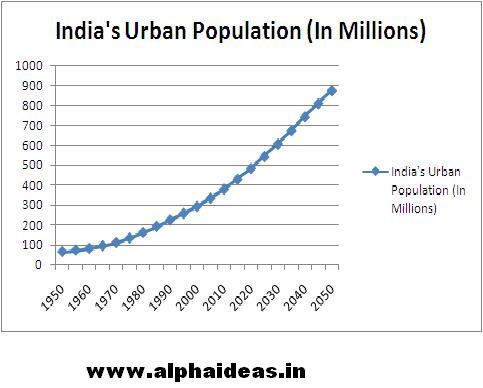 If these projections come to pass, then our Indian cities will add around 500 million people to the existing urban populations in the next 40 years !

On the other hand, increasing urbanization can also lead to investment opportunities especially in real estate and agro commodities.

Rip Van Winkle trades are trades wherein you put on a trade and forget about it for twenty or more years.

Many times such trades turn out to be the best trades of all.

In the Indian context, some of these trades would have been:

1.Buying agricultural land on the outskirts of any of the metros/cities.

It is a useful thought experiment to think of Rip Van Winkle trades for the future:

What trades ,if you put on now and not do anything for the next 20 years, can give a great return?

Varun Industries is an established player in the stainless steelware industry in India.It also has investments in Madagascar in mines & minerals, including uranium, thorium, platinum & gold, gems, rare earths, oil and natural gas, among others

This stock has the dubious distinction of being the worst performing stock of 2012 so far.This stock has been hitting the lower circuit continuously for the last 10 sessions.

The stock has lost around 70% of its value this year.There is no news flow on the company except for the following two factoids:

1.The company informed the Exchange that one of its directors Shri S. Rajagopal has resigned and a new one has been appointed.

Its high time the exchanges investigated this matter and solved the mystery for all of us.