(Source:Got this as a WhatsApp Forward) 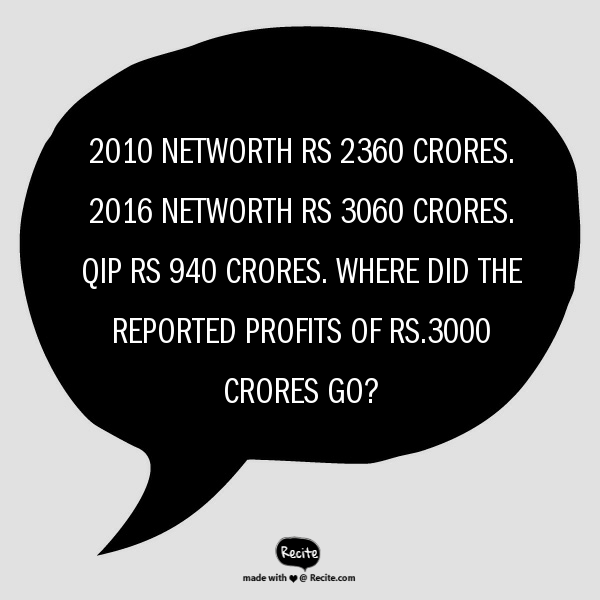 3 replies on “The Glenmark Mystery”

still a difference of 185 crores though.

From a Motilal Oswal report:

Net worth under IFRS declines on migration to IGAAP
* INR6.4b writes down in value of assets while transiting from IGAAP to IFRS in FY11

* In FY11, the company, under the option given by the SEBI, voluntarily adopted the IFRS reporting standards.

*Upon migration, as permitted, the company recognized assets (some of which were revalued at fair market value) and liabilities based on first-time adoption principles of IFRS and adjusted the net decline in the value of assets (~INR6.4b) against the reserves

* On account of this move, as at 2QFY16, management in the concall highlighted the following:
-Intangible assets reduced by INR3.8b as IGAAP does not allow indefinite life and amortization that were due in the intervening period from FY11 to FY15.
– Deferred tax asset reduced by INR3.9b.
– Intangible assets lowered by INR3.4b. This was on account of revaluation of tangible assets, which was done on the basis of fair value derived at the transition from IGAAP to IFRS. Fair value of these assets was available for the organization for including in revaluation reserves.

* Over FY11-FY16, we note that the company had IGAAP net worth of INR23.6b, which just increased to INR30.6b despite raising INR9.4b by dilution of equity