(Disclosure:I am market making in the shares of L&T Infotech) 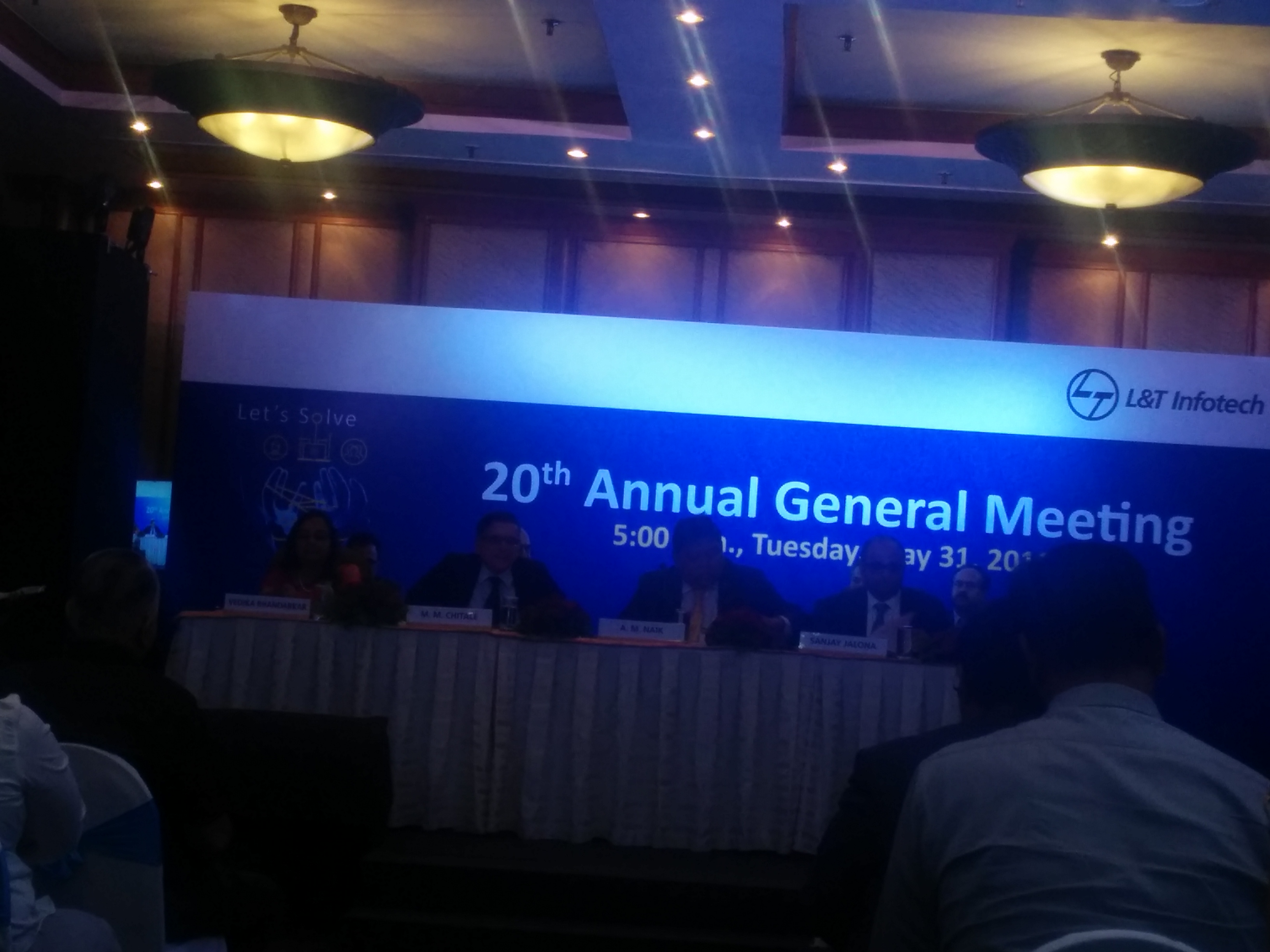 This was the first AGM where external shareholders were invited and was glad to be present as history got created !!

Here is what I heard and saw:

As expected,the AGM quickly got over.

0.3 % dividend yield on ipo price. why they are accumulating their reserves?